The game is in development! We will be posting devlogs to keep you informed.

Dwarven Skykeep is a Tower defence with a strong strategic presence. You will guide a Mage trying to locate the lost citadel of Dwarves. During the twelve chapters of the humorous and somewhat tragic story, you will construct a magical Tower in an unfriendly spot inhabited by Goblins, Gargoyles, Evil Mages, Octopuses, Thieves and other enemies.

The game is card-based. You'll have to build your deck which has a limited capacity. Across the levels and in the middle of a fight you will find new cards. Which you choose for your deck will shape your strategy in the late game.
Cards are required to build the Tower, place rooms in the built blocks, spellcasting and repairs.

You will have to make a lot of strategical decisions.

Build rooms in a smart way. Their efficiency depends on the location inside the Tower. A Brewery produces more beer in the underground and a magical Crystal gives more mana on the top floor.

Use backup routes, fire ladders and doors. You can foretell the future in the Observatory to be well prepared for it.

Make up the combat tactics. Don’t send melee fighters against kamikaze bombers and make sure you don’t cast a Lightning Bolt against a Mirror spell bearer. Instead, build Barricades, fortify your walls and prepare your magic by studying in the Library.

Expand the underground floors. You can find many surprises there, some useful and some dangerous. Save yourself some nerves by predicting the consequences with the Eye spell. Or dig the earth and hope for the better. Just keep your firefighting team nearby.

Practice the Alchemy. It may be your last chance to win, but the Lab is so explosive. So better conduct your experiments in the remote rooms.

The Dwarven Skykeep awaits you. The Demo is available on our Steam page: https://store.steampowered.com/app/1076120/Dwarven_Skykeep/

Download
(!) Not a game. Presskit (graphical assets for use on your own site) 74 kB 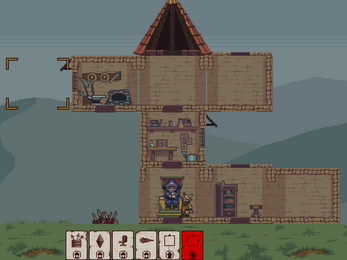 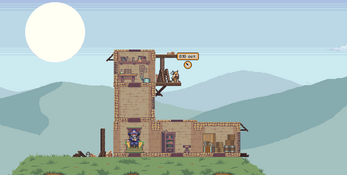 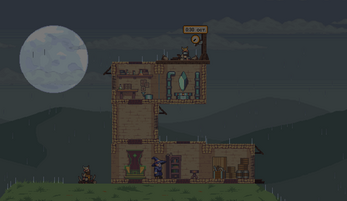 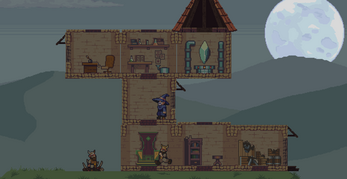