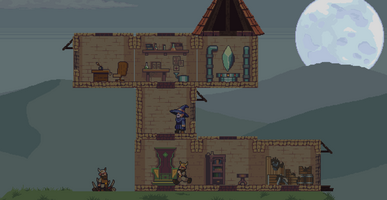 This is a post about an idea on which the world and game mechanics are based.

What do Mages and Dwarves have in common? Mages are arrogant and despise mere mortals, while Dwarves love to dig and have little to do with magic. However, it turned out, they can’t exist without each other! Mages fight in their magical wars all the time, and, as you know, it can end up catching a fireball! Or a magical strike can threaten to bring down the whole Tower! Don’t you think a Mage would run around with a bucket or take a hammer? This is the task Dwarves are ideal for — executive, hard-working, strong and enduring. Of course, they wouldn’t work for free. What is a suitable form of payment for a Dwarf? You’re right — it’s beer. 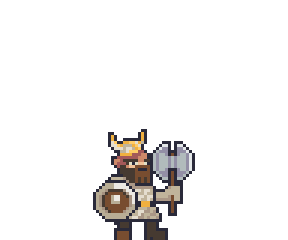 A picture starts to emerge of a world, where Mages rule and Dwarves are mere servants. Lightning bolts, fireballs, earthquakes are the deeds of Mages, and it’s Dwarves' task to fix the consequences of all those powerful spells. And in between, they drink beer and celebrate their festivals. A symbiosis of the two peoples.

What next? Every respectful Mage should have a magical Tower. What is a Tower like this made of? Each floor must be a separate element, serving a distinguished task. There are two entities then: a block and a room. This is where I stopped and began thinking: why a Tower? Why can’t you just place all the rooms on the ground floor? Why take a risk?

Because magical Crystals should ascend to the clouds. The higher we place a Crystal, the more mana it will give. But Bolts of Lightning always hit the highest spot, don’t they? We need a Roof then to protect ourselves against Bolts of Lightning. But if we build a Roof, we can’t build further up, can we? Besides, there is a threat to the ground levels — mad kamikazes can blow up the whole construction with several hits. How do we protect? Do we harden the ground floor? Build Barricades? Or maybe we just set the whole Tower floating in the air? But a levitation device (I called it a Levitron) is explosive! 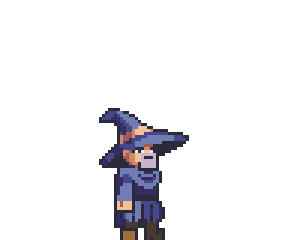 Following this path, step by step, a few years ago I started inventing the world, on which Dwarven Skykeep is based. It turned out to be holistic, logical and connected. I was lucky enough to create, develop and publish one strategy game in this setting. It’s a turn-based strategy game about two rival Archmages trying to put down their opponent’s Tower. If you like, you can find it on Steam.

It wasn’t enough. Some new ideas have appeared, and they demanded implementation. A protagonist appeared — an Archmage. He could of course move around the Tower. That was the point where the game got the platformer mechanics and became real-time. The Archmage has friends (Dwarves, a wise Raven advisor) and enemies (The Goblin King). There are several factions in the world (we will prepare a post about them soon). A harmonic plot started to unfold, telling the story about a quest on searching for a long lost dwarven citadel.

We called it Dwarven Skykeep. That’s where the idea of this game was brought up. All its nuances, we are putting into it, are truly logical and follow the world’s spirit. Some ideas do not, and we get rid of them. Finally, there remained a beautiful concept, interesting strategic gameplay and non-trivial plot. At least, I want to believe it.

We plan to disclose some details on the game mechanics in the following devlog post. What would you read about while we develop?